Individual soak pits have been constructed in all houses of Sadayapalayam village in Kundadam Block of Tiruppur district of Tamil Nadu that help dispose waste water which gradually percolates into the ground and augments the water table.  The move prevents stagnation of waste water and breeding of mosquitoes.  In addition, earthen embankments or bunding in agricultural farms have assisted farmers as they hold rainwater and contribute to effective watershed management.

This was reported by the Jal Shakti Abhiyan (JSA) team that visited the southern district during the II Phase of the JSA campaign for states with retreating monsoons.  The team which comprised Central Nodal Officer (CNO) – Mrs. Sujatha Sharma, Economic Advisor/Prabhari Officer, Ministry of Panchayati Raj, Block Development Officers and Technical Officers visited the blocks of Avinashi and Kundadam between 7th and 9th November, 2019.

The team also observed that, many works being carried out for improving ground water table had yielded results.  Having received good rainfall, renovated traditional water bodies had been filled with water.  The 5 sites adopted by the CNO were also examined and recommendations made.

Update on other JSA interventions:

Renovation of traditional water bodies:  Noyyal River that passes through the heart of the city has very little water that is stagnant.  Renovation of the river has been proposed for the 6.2 KM stretch of the river that flows through the city, under Tiruppur Smart City Scheme at a cost of Rs. 158.49 crore.  Work under this would include re-development and restoration of the river; improvement in access to the river and canals; and providing safe and convenient mobility corridors for use of both pedestrians and cyclists.  Parks, food courts, street fairs and side walk cafes would be developed to attract public to the area.

Recommendations:  The following recommendations should be implemented and monitored by the concerned departments to increase ground water table. 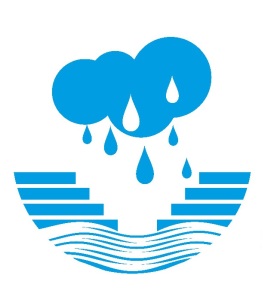 The Department of Drinking Water and Sanitation, Jal Shakti Mantralaya is committed to providing piped water supply to all rural households by 2024. Through an integrated approach to water adopted for the first time at a central level, the Department will take forward the management of demand and supply of water under a single umbrella. Much like the Swachh Bharat Mission did for sanitation, rational water use of water will be made a Jan Andolan (a people’s movement), with a strong emphasis on source sustainability through groundwater recharge, rainwater harvesting and greywater reuse. In this blog, we present stories of best practices from districts in the above areas, and also other water conservation efforts such as point recharge, de-silting of minor irrigation tanks, use of grey water for agriculture, etc.